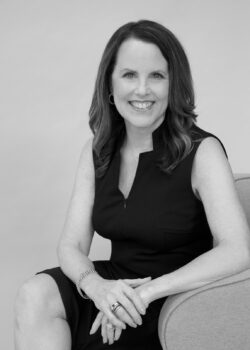 You won’t catch me drinking coffee. This has nothing to do with avoiding caffeine. I learned early on in my career that I had to set myself up for success and that meant keeping a level playing field with my male counterparts. Back then, the men would tell you to fetch them a cup of coffee. I would always say, “I don’t drink coffee, so I don’t know how to make it.” It kept me from falling into that stereotypical role.

I attended the University of North Carolina at Chapel Hill (Go Heels!) There I took a class on investments, which I was very interested in, so I chatted with the professor after class one day to learn more about a possible career path. That’s when he told me, “You’ll never make it in this business.”

Boy, did I prove him wrong.

After years of working for several different companies, I started my own firm in 1995 in my hometown of Asheville, North Carolina. Webb Investment Services focuses on helping people, specifically women, find financial freedom.

I feel it’s so important for women to have control of their finances. Over the course of my career, I’ve seen a lot of women who are very passive about money. They allow their spouse to take the reins. It’s not until a major event happens like divorce or death that they wish they’d known more. I want more women to know that money allows them to have more choices in life. It’s a big reason I started the podcast, Her Two Cents. My co-host Faith Doyle and I share our own experiences and expertise. It’s a great way to get our message across on a broader scale.

I’ve been a donor to the Women’s Leadership Alliance since its initial development – now I’m proud to serve as a WLA board member. The women of the WLA aren’t just fellow advisors, they’re my colleagues and friends. I’m excited to share my knowledge and help uplift other women in this industry.

And at the same time, give women the freedom to have their coffee and drink it too.