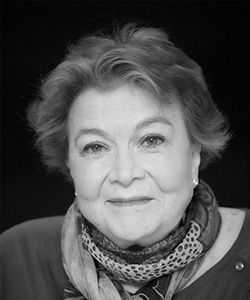 A financial planner since 1973, Sally cofounded American Financial Consultants, which she sold in 1980 to create Law & Associates. The Mohican Company was also created at that time to sell and manage insurance.

A Series 8 principal, Sally’s credentials allow her to supervise branch activities. In addition, she maintains many insurance licenses. She was the first woman to be appointed to the Chairman’s Council of the Investment Management Division of Raymond James and has consistently been on the Chairman’s or President’s Council from 1981 to 2013. She is also a founding member of the Women’s Circle.

A proud parent and grandmother, Sally has been a resident of the Washington, D.C., area since 1964.

She also takes pride in counting her first client among the many she now serves.